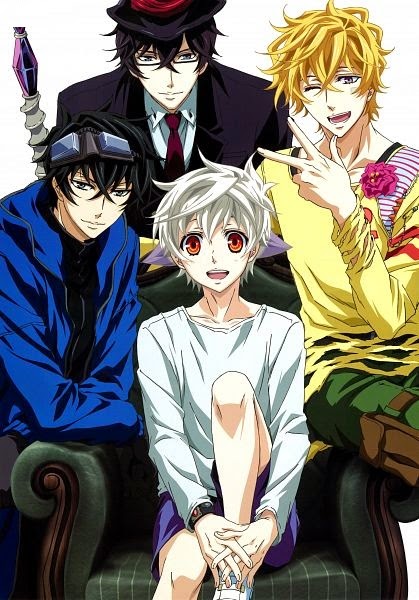 Karneval is another short series, 13 episodes, that could easily have been a longer series.  It’s an adaption from a manga, and both the manga and the anime series are seriously gorgeous.  It’s worth watching just for how beautiful it is.  The basic setup of the series is fairly unique also, and the music is pretty good.  And although there appears to be plenty of back-story and plot involved, as you would expect from a manga adaption, some of it never gets explained.

Karneval’s two main characters are a young boy named Nai and a teenager named Gareki.  Nai is a child-like, naïve boy who is being held captive in a mansion at the start of the series.  Gareki is an untrusting, unfriendly teenager who has a way with mechanical things.  Gareki steals from the rich to make a living, and is in the process of robbing the mansion where Nai is being held when the series starts.  The two meet and although Gareki doesn’t like being around other people, he has a soft spot for Nai.  They end up traveling together. 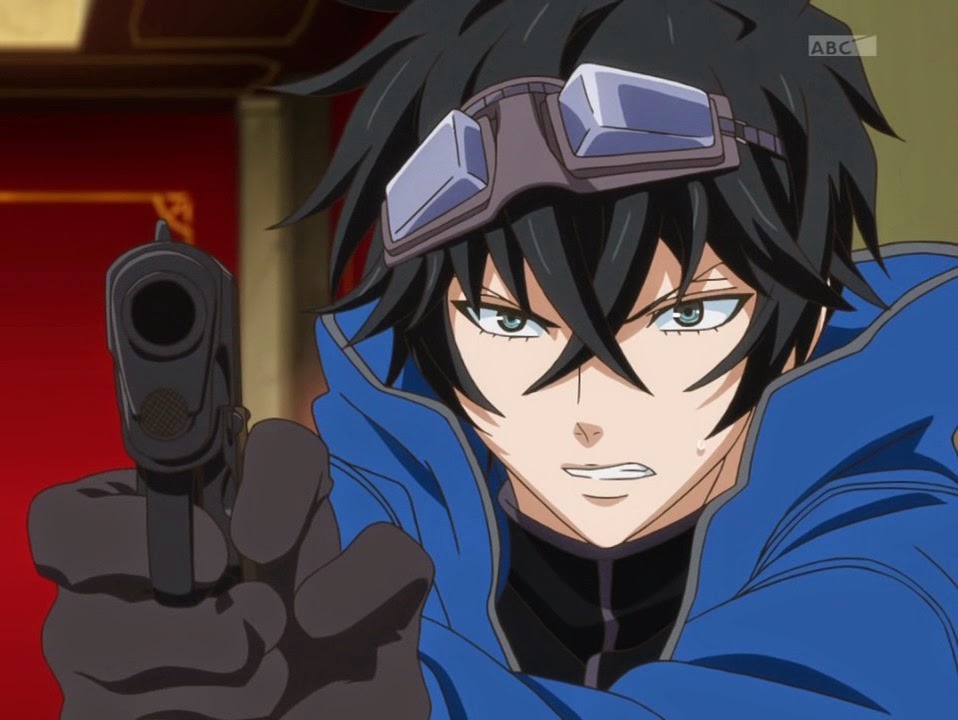 The mansion turns out to be owned by a Varuga.  Varuga are former humans who have been treated with animal/creature DNA and have become monsters as their human DNA is overwhelmed by the creature DNA.  They, and an organization named Kafka, are the bad guys in the series.  They are always causing some sort of trouble and needing to be fought. 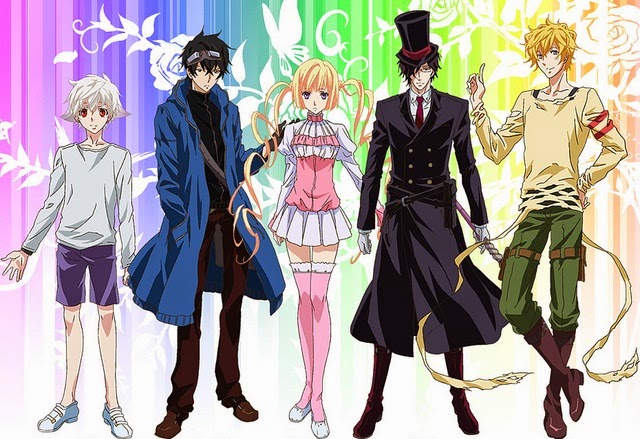 Besides Nai and Gareki, the good guys are members of Circus.  Circus is a defense organization working for the government, that deals with cases involving the Varuga, and also comes in when the regular police/defense forces are inadequate.   They all wear a Circus ID bracelet that gives them powers or enhances their powers. The members of Circus also put on circus shows for the general public as an apology for scaring and/or hurting people as they perform their duties.  The members of Circus in the series include the personnel from two ships.  First Ship Captain is Tsukitachi, and his main fighters are Kiichi and Jiki.  Nai and Gareki are taken in by Second Ship.  Second Ship Captain is Hirato.  He and his fighters Yogi and Tsukumo watch out for Nai and Gareki throughout the series. 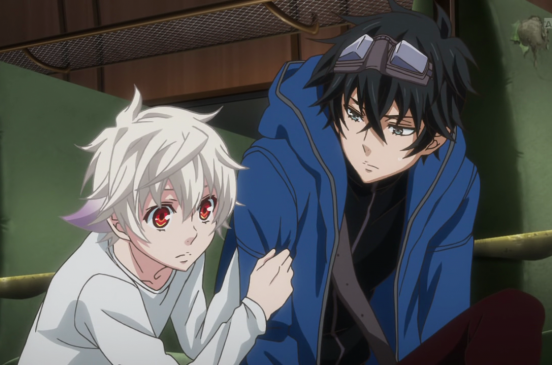 Nai doesn’t have many memories of his past except for being cared for by a man named Karoku.  He has been separated from Karoku and is searching for him, with only a bracelet, which happens to be a Circus ID bracelet, to help him find Karoku.  Gareki agrees to help him.  Along the way, you find out that Nai is a part human/part creature being himself.  The creature part is a little bunny-looking thing called a niji.  So Nai is a constructed person, but unlike the Varuga, his different DNA is co-existing.  That means he is actually a new species rather than either a human or a monster.   Nai fascinates a government doctor named Akari, who helps as well as studies him.

This is the bare bones of the plot and set-up.  The series has some short story arcs in it, but ends leaving a LOT unresolved.  Because of that, the ending is a little frustrating.  Perhaps they’ll make another season and continue it.    If you watch it though, enjoy the animation style and prepare to be left hanging.
Posted by dai-ET at 1:36 PM