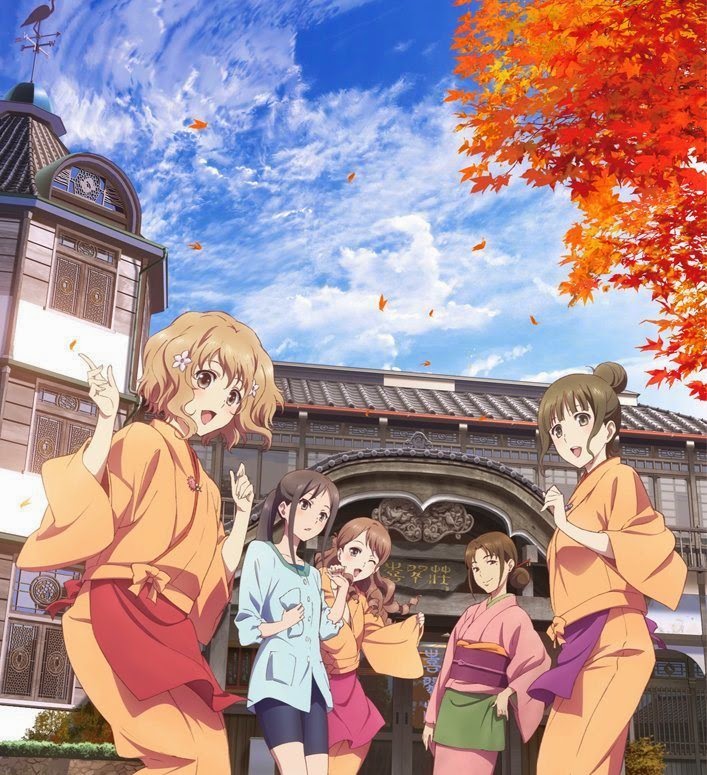 Hanasaku Iroha is a slice of life anime series.  It follows a 16 year old girl named Mastumae Ohana.  At the beginning of the series, Ohana’s mother has run off with her current boyfriend to escape his debt, abandoning Ohana.  Ohana has no choice but to leave her friends in Tokyo, including her best friend Kouichi who just confessed to her, and go live with her grandmother in the country.

Ohana’s grandmother owns and runs a ryoukan, a traditional Japanese hot spring inn called the Kissuiso.  The Kissuiso dates back to the Taishou era and has been in the family for generations.  Ohana’s mother wanted nothing to do with the inn, so she left home early, leaving her brother to learn about running the inn from their mother.  Ohana’s grandmother is not welcoming when Ohana arrives, having disowned Ohana’s mother, but hires Ohana as a maid at the inn to allow her to earn her keep.  So Ohana embarks on a career working in a hot spring inn . 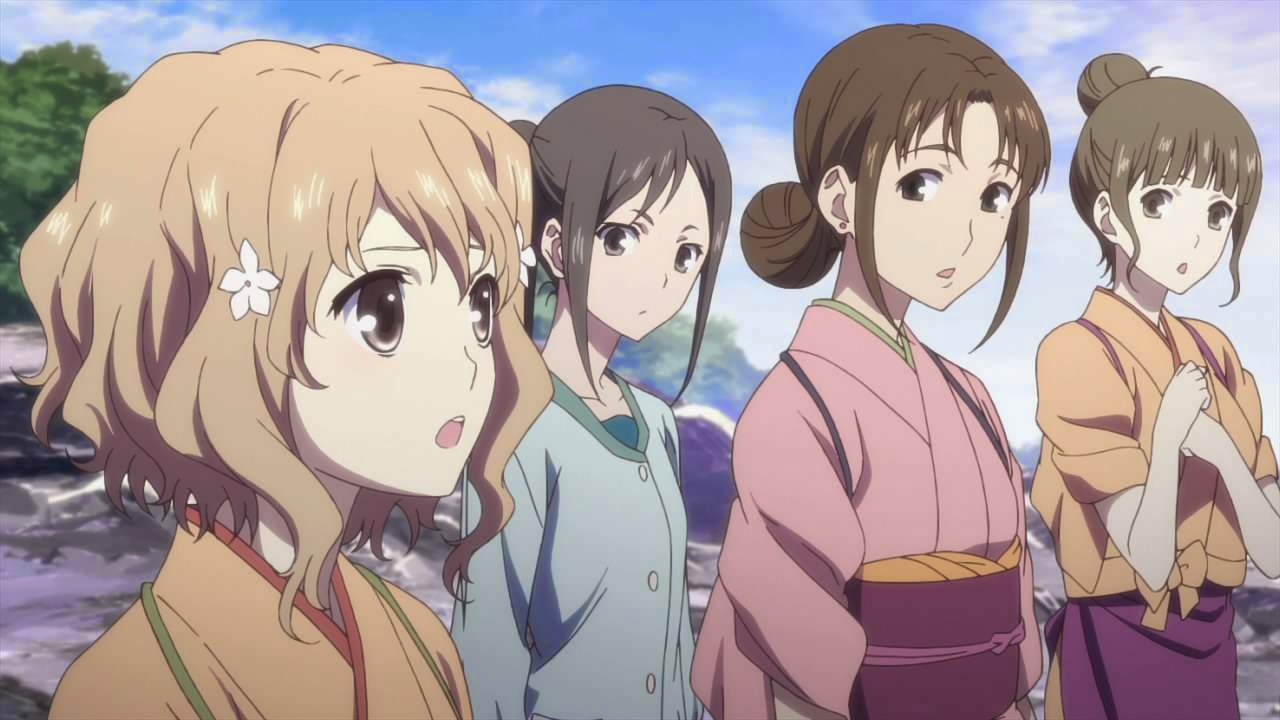 This is a coming of age anime series.  Ohana gets off to a rocky start with pretty much everyone at the inn.  Besides being a little bit irrepressible though, Ohana is very realistic and level headed due to having to take care of her extremely flighty mother all her life.  So Ohana decides to work at fixing herself and her relationships with the people around her, and to do her best to keep the inn running smoothly.  She bounces back from essentially everything thrown at her throughout the series. 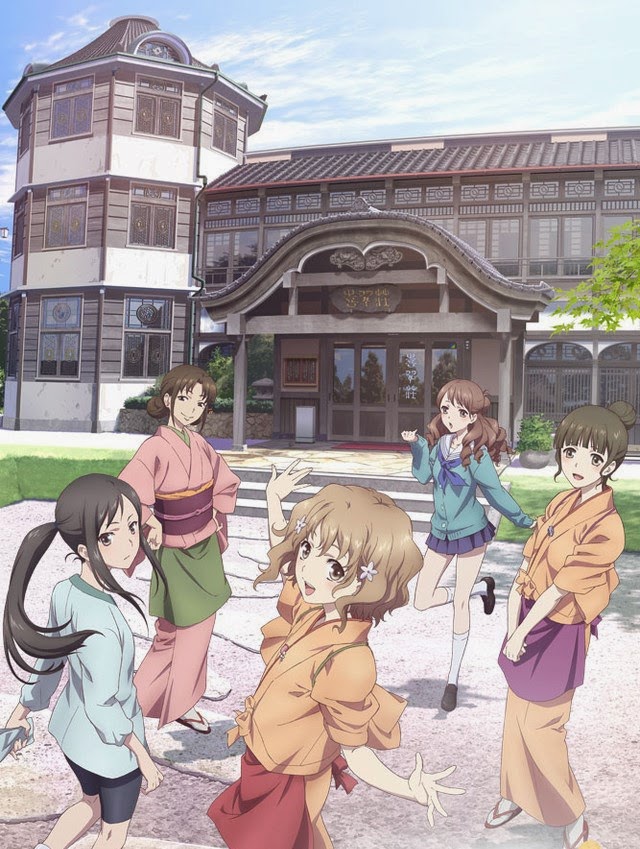 Besides Ohana’s mother, grandmother and uncle and his wife, the other characters in the series are the other employees of Kissuiso. These characters include the other maid, Nako, the head waitress, Tomoe, a jack of all trades handyman they call "Beanman", and the kitchen staff, who are the main cook, Renji, his assistant chef, Tooru, and a kitchen understudy, Minko.  Ohana, Minko and Nako room together.  The three of them also go to school with Yuina, the daughter and heiress of the Kissuiso’s rival inn, Fukuya.

The plot of this series is basically about everyday events as Ohana and the other characters interact.  Interspersed with everyone becoming comfortable with each other along the way, there are family squabbles and boyfriend rivalries and threats to the Kissuiso staying open.    Ohana is not the only character who grows as the series goes on – essentially all the characters do in some way or another. 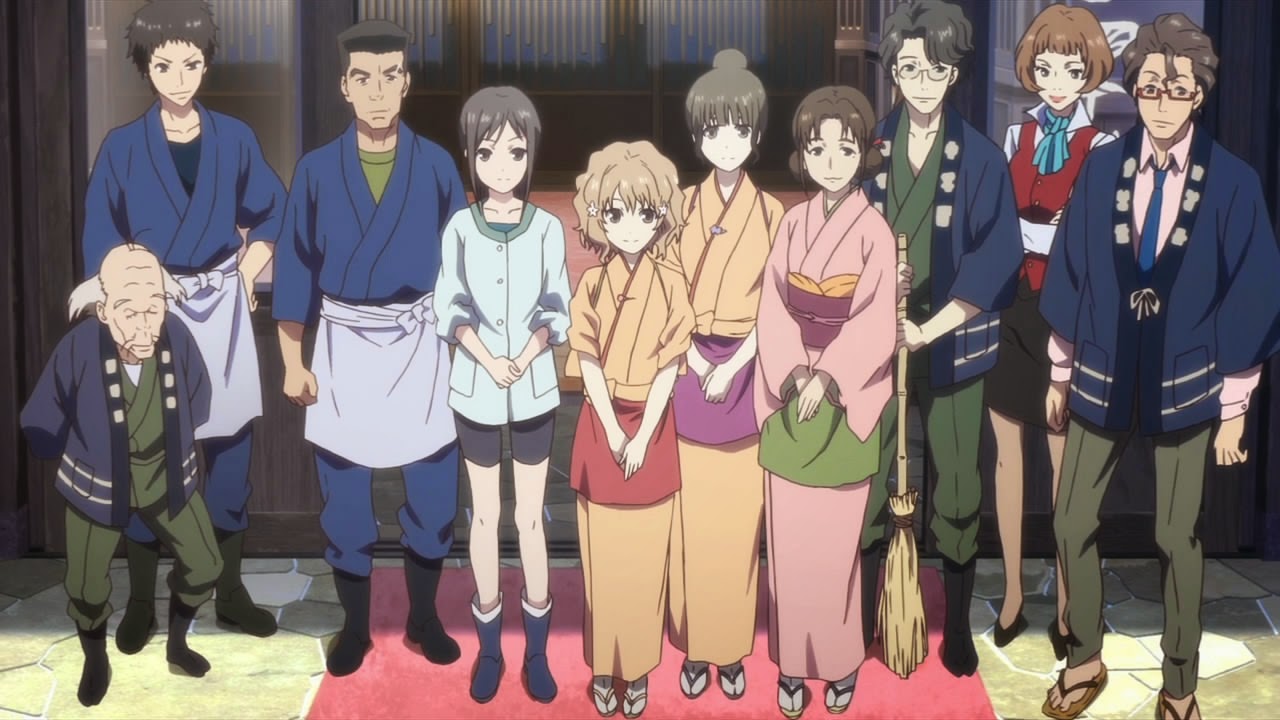 The characters in this series are easy to like and the story is interesting enough to keep me watching it.  I enjoyed pretty much everything about this series, the animation style, the music, the plot.  The only thing I was less than thrilled about was the ending.  In the end, the Kissuiso is closed and everyone scatters to various other lives.  It’s about relationships and moving on with your life.  They talk about re-opening the Kissuiso one day and everyone wants to help when that happens, but it’s a kind of “life goes on with us all separated” ending.  I like endings better where people stay together.   Other than that one thing though, I definitely recommend watching this series.
Posted by dai-ET at 1:54 PM