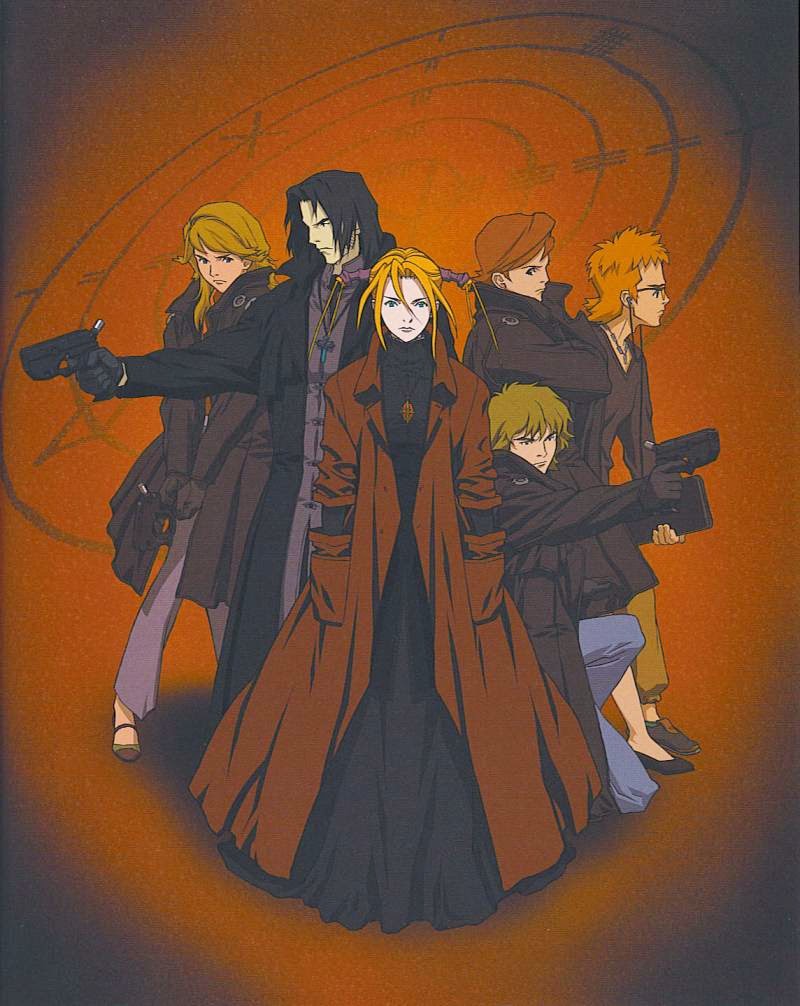 Witch Hunter Robin is set in a world where people with extrasensory powers, known as the “craft", are considered to be “witches” and to be evil.  An organization called Solomon, with ties to the Roman Catholic Church, exists to monitor these witches, people with the genetic ability to perform the craft, in case their powers should awaken.  If that happens, they usually lose control and go mad.  Solomon (STN) then hunts down these witches and removes them from society, for their own safety and the safety of society.  STN also uses a massive database to monitor all relatives of known witches since they carry the genes for witchcraft. 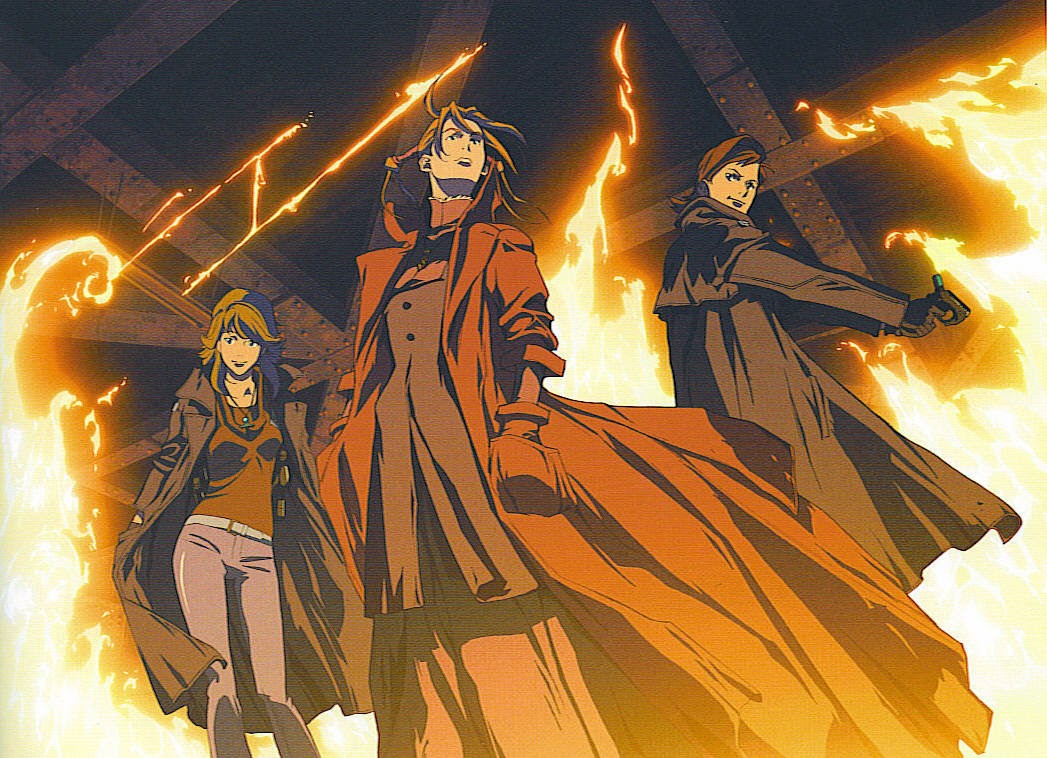 Robin is a special witch hunter, raised and trained by the Church in Italy, and sent undercover to Japan investigate the whereabouts of an item which holds the secrets of the craft.  Robin herself has the genetic craft ability to use fire as a weapon, which also puts her at risk, with the possibility of awakening as a witch, siding with the witches against the STN and being hunted with the other witches.  At the beginning of the series, Robin joins the Japanese branch of STN, STN-J.  She begins to know and work with the people there, including the overall STN-J administrator, Zaizen, and his immediate underling, Kosaka.  She works as a partner with the senior Hunter of the group, a guy named Amon.  The other members of STN-J include three more Hunters, Sakaki, Karasuma and Dojima, and one guy who stays at the base and does all the computer work there named Michael Lee. 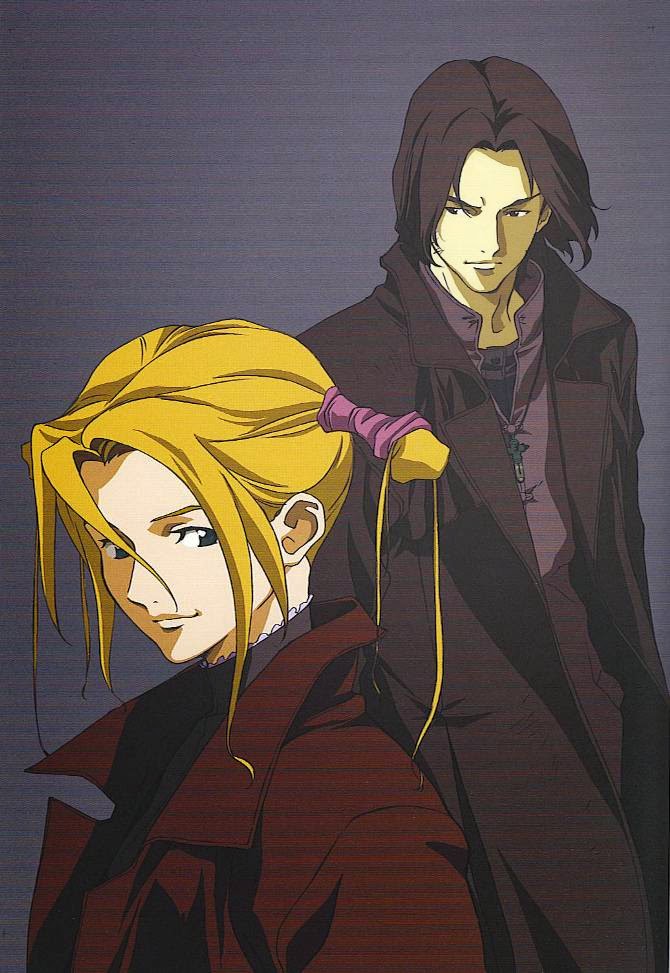 The early series is Robin getting used to the work and integrating into the team, and features several witch hunts.  Robin uses her fire power to protect and to attack.  The other hunters wear a small crystal vial hung around their necks that contains a substance in it called Orbo.  Orbo is produced by the STN-J at their Factory and it neutralizes craft attacks from witches.  They also shoot the witches with orbo-containing bullets to stop them and make them powerless.  Robin hates orbo and won’t wear it or use it.

Along the way, Robin begins to look for the item she was sent after and the search leads her to  information about her past, and then things get interesting.  Robin discovers that her father essentially created her with witch genes and she actually is a witch.  An attack on the STN-J headquarters ends with Amon disappeared and Robin on the run, being hunted as a witch herself.  It’s a little hard to tell who are the good guys and who are the bad guys for a while. 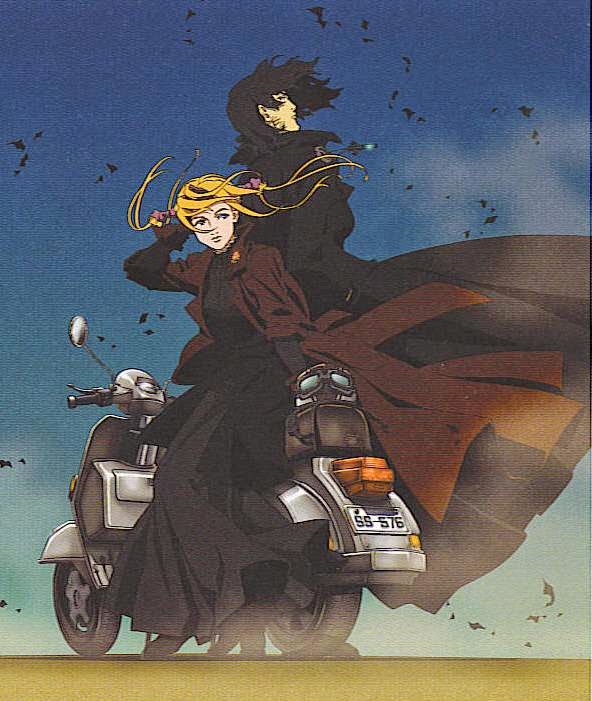 During the time she’s on the run, Robin stays in contact with the other STN-J hunters and finds that things are not all well within the organization and Amon is still missing.  Eventually Amon shows back up and turns out to be working with the Church, being sent to hunt Robin.  A confrontation between Robin and Amon is basically the series climax, as she convinces him that she is at heart a witch hunter, despite also being a witch.  Amon agrees to work with her, setting himself up as her one-day executioner if she should ever turn.  In the meantime he decides that he cares enough for her to trust her to do what’s right.
Together, and with the help of the loyal witch hunters, they go to the Factory to bring down Zaizen-tachi – who it turns out was behind the attack on the STN-J.  In the raid to topple Zaizen’s little empire they discover that he is not just removing witches from society, he is rendering them down to produce Orbo.  They destroy him and his Factory. 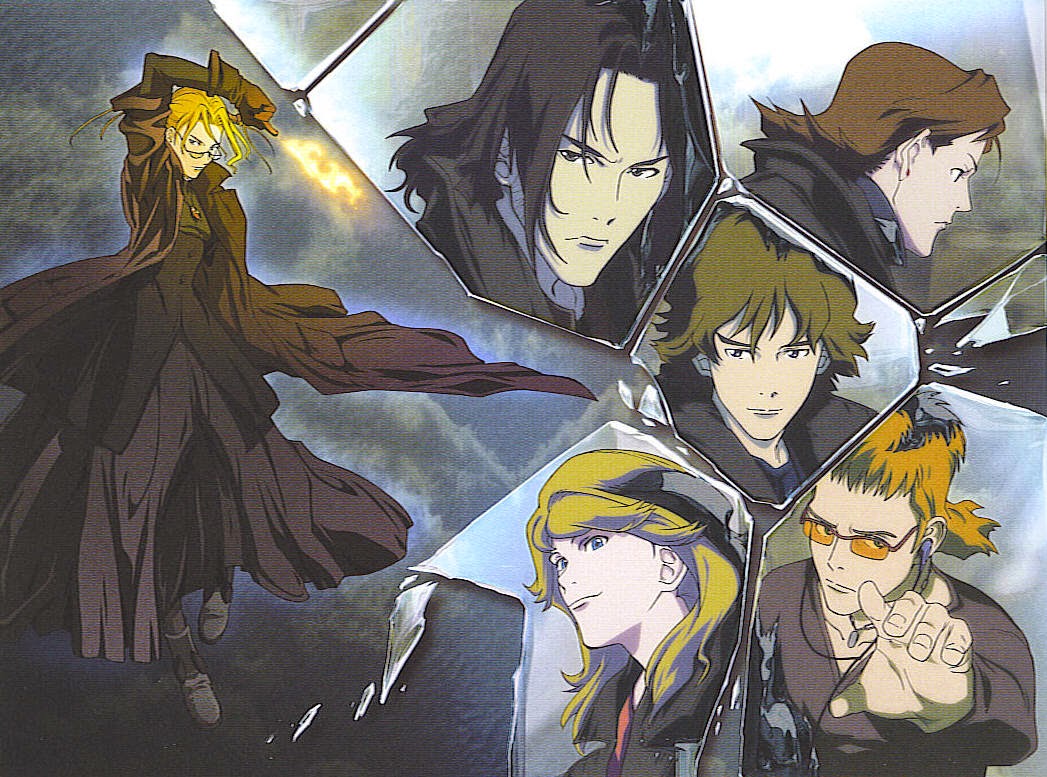 The series basically ends with the destruction of the Factory.  Karasuma, Sakai, Dojima and Michael Lee go back to doing their job hunting witches for the STN-J without Amon and Robin, who “died” in the Factory destruction.  So although the series ends with the “death” of the two main characters, you are definitely left with the feeling that they are alive and out there hunting witches somewhere.  And life goes on.  This series is a really good one.  Great animation style, outstanding music.  Good plot, just twisty enough to keep you guessing, especially when you’re trying to decide if Amon is a good guy or a bad guy.  I definitely recommend it if you haven’t seen it.