I finished watching Shinsekai Yori this week and I’ve been busily trying to process it all. 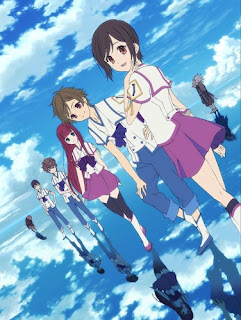 The plot line is presented in a sequence of time jumps, following 5 youngsters as they grow into adults.  Each time jump stops at a point in the characters' lives that is formative and that lends to the overall plot of the series.  The time periods covered include:  when the five are pre-teen, grade-school age; when they are in their mid-teens; and when they are young adults in their mid-20s.   Each stopping point is composed of several episodes which form a story arc and resolve the specific issue being faced at that point.  All the story arcs lead up to the last climatic arc, when the surviving two kids are young adults. 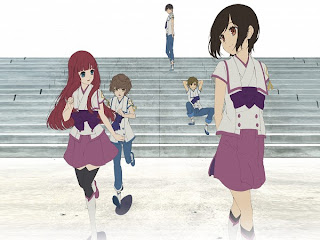 Here’s the basic premise of the universe the story takes place in.  Humankind has evolved into people who can use mental powers, referred to as their Cantus.  Roughly 1000 years before the current series takes place, the people with mental powers are destroying the world and everyone in it, slaughtering people around them at a whim, especially those without power.  Humans are on the brink of total annihilation, and the survivors create a new society through genetic engineering and psychological behavioral feedback.  The result is that humans in the society the main characters live in now, actually cannot kill other humans or their own bodies will shut down and kill them.  They live peacefully in small villages, and they breed, raise and manage a race of smaller beasts referred to as bakanezumi (queerats), who do their farming and manual labor.  The bakanezumi are considered not very intelligent, inferior servants, and are ruthlessly killed if they commit any crimes. 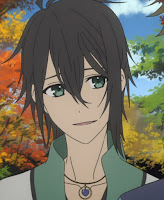 So that’s the basic society in which the plot follows the growth and development of five kids, Saki, Satoru, Shun, Mamoru and Maria.  These kids form a group, grow up together and are followed through the series time jumps.   Throughout the interaction of the five kids at the various ages are two recurring themes: a questioning of rules and pushing of limits, and increased interactions with the bakanezumi over what would normally be occurring.

It turns out that these five children were meant to be leaders of the humans in the future and so were not given the deep psychological inhibitions against questioning and exploring that are commonly given to everyone.   Because of that, they continue to question and get into trouble.  They also lose three of the five along the way.  Shun, the most powerful of the five, is lost first when he loses his ability to control his powers.  He is killed by the adults and his position in their group, as well as their memories of him is replaced.  The four remaining kids realize that the new person wasn’t always there and retain partial memories of Shun without remembering his name or face.  This causes them to question even more, and causes one of them to flee when he realizes he is the next to be killed. 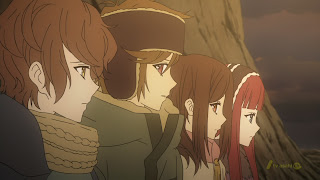 At this juncture Saki is told the truth, that she and her group were meant to be leaders and needed to be able to question, but that the society is set up such that children who show signs of being unable to control their powers, or of having personality flaws, are always culled, killed by genetically engineered cats.  This culling is in place in order to prevent the emergence of a “fiend”.   Fiends have appeared in the past, and are humans who have lost their inhibitions and simply slaughter everyone around them.  Other humans have no way to protect themselves from a fiend because of their genetically engineered inability to kill humans.

Mamoru and Maria both end up fleeing rather than being culled.  Saki and Satoru initially try to bring them back, but then lie about their deaths in order to let them go. They discover in the final arc that Maria and Mamoru did in fact die, leaving Saki and Satoru as the last of their original group. 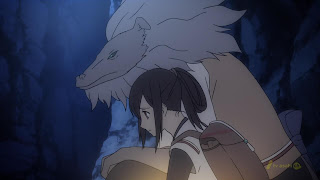 This is the state of affairs at the final arc, when Saki and Satoru are young adults.   At this point the bakanezumi rebel and try to gain their freedom by killing all the humans.  Normally they would be unable to achieve this against humans with their powerful Cantus, but the bakanezumi have an ace in the hole and they come very close to succeeding.  Their ace is Maria and Mamoru’s child who has been raised as a bakanezumi and has mental powers and no inhibitions against killing humans.   Humans of course cannot kill this child without dying themselves.  Until Saki figures out a solution in the last episode, you actually think the bakanezumi will succeed.  And even Saki’s solution requires the help, and death, of one of the loyal bakunezumi, Kiroumaru.   So Saki and Satoru survive and end as leaders of the humans, but they also end up discovering humanity’s worst secret – that the bakanezumi were created in past centuries from the remaining humans without mental powers.   The series ends with Saki and Satoru saving several colonies of bakanezumi from total destruction at the wrath of the surviving humans, and vowing to change things in the future. 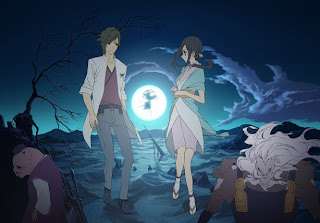 I think I’m going to have to say that I REALLY liked this series.  I could have wished for less main character death, but the series as a whole is pretty awesome.   First of all it has an amazingly unique premise and plot line, and I really like series that are different.  This one kept me thinking and guessing and second-guessing and changing my opinion about what was happening and why.  It made me switch my perspective a number of times, which is amazing.   It also has awesome music so I hope a soundtrack is forthcoming.  And the animation style is wonderful and the characters are cool and great to follow.

Overall it was a very unique series with awesome music.  The theme is a little dark, with humans having trapped themselves into a society which culls and kills its own children and one that cannot recognize that intelligent beasts may have “human” rights.  Still I was left with the feeling that Saki and Satoru would be working to change that society.   I recommend watching it.
Posted by dai-ET at 3:46 PM