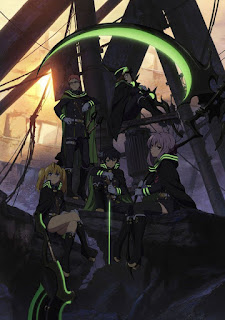 “Long gap” is putting it mildly.  I haven’t posted since late June and here it is the end of September.  Life gets in the way sometimes, and that probably will not get better.  I’m traveling a lot for my job and professional work, so this poor blog falls by the wayside.  In fact, anime-watching has been falling by the wayside.  Despite that, I enjoy anime too much to stop watching, and so slowly but surely I’ll finish series and then blog about them.  Hopefully I won’t have many more 3 month gaps in posting to this blog.

I began this blog in April of 2009 because I enjoy “talking” about the anime I watch.  Since then I’ve posted 162 times to this blog – averaging 27 posts per year or just over 2 a month.  Not great, but not too shabby either.  So now, I’ll try to get back to posting at least that often.