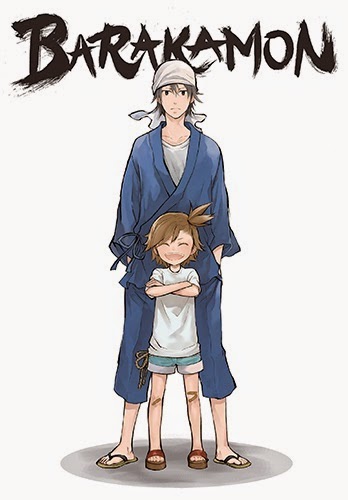 Barakamon is a fun, slice of life series taken from a manga.  It follows a few months in the life of a professional calligrapher named Handa Seishu.  Handa is 23 years old and is a renowned calligrapher.  However his calligraphy is exact, precise and emotionless.  In the opening episode he punches out an older man who is an expert in calligraphy and curator of an exhibit, who tells him his calligraphy is stiff and empty.  Handa’s father and his agent/friend send him into exile to an island, to get his act together.  While there he’s meant to repent his sins (the punching) as well as learn to express emotion in his calligraphy and make it less like precise school forms, and more full of life.  Essentially he’s looking to re-invent himself. 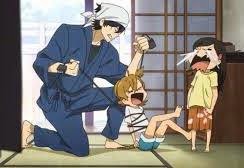 Handa is initially lost on the island, without the amenities he’s used to, and not knowing how to go about achieving his purpose for being there.  Initially he is pestered unmercifully by a 7 year old girl named Naru, and two teenage girls, Miwa and Tamako, who used to use the room he’s staying in as a secret base when it was unoccupied.  He’s also resented by a high school boy named Hiroshi, because Hiroshi’s Mom makes meals for Handa.  These four are the principle islanders that interact with Handa, however most of the islanders interact with him along the way.

Everyone on the island refers to Handa as “Sensei”.  The plot line of this series follows the day to day interactions of Handa with all the various islanders, as well as following Handa’s struggles as he tries to re-invent his own calligraphy style, in time for a new calligraphy competition.  Along the way, Handa’s agent, Kawafuji, comes to visit to see how he’s doing, and brings along a high school calligrapher named Kousuke, who idolizes Handa.  Kousuke actually beat Handa in the last competition, even though he’s 5 years younger, and although he idolizes Handa, he doesn’t really want him to change his calligraphy style. 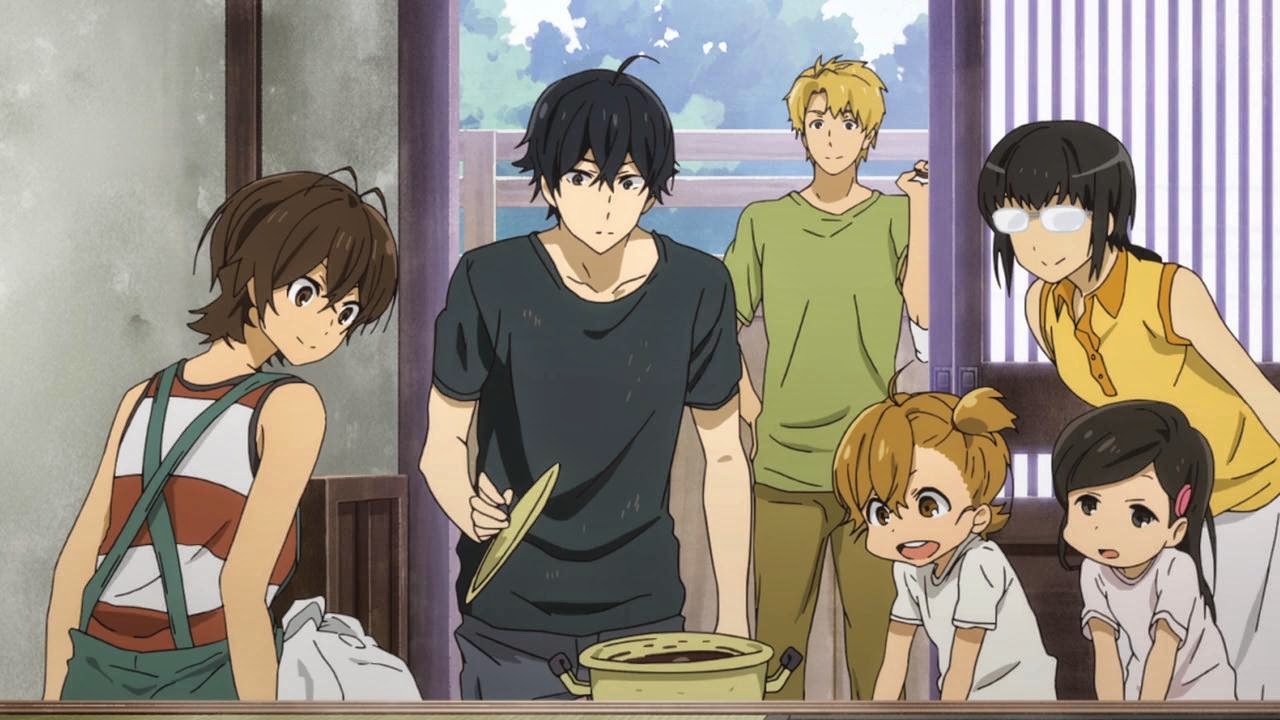 Handa eventually becomes friends with the islanders and forms a special bond with Naru.  When he leaves the island to apologize to the elder he punched and gain his forgiveness, as well as to submit his work for the next exhibit, Naru is devastated.   Handa almost decides not to return to the island, thanks to pressure from his mother and agent, but in the end, with his father’s support, he goes back to the island. 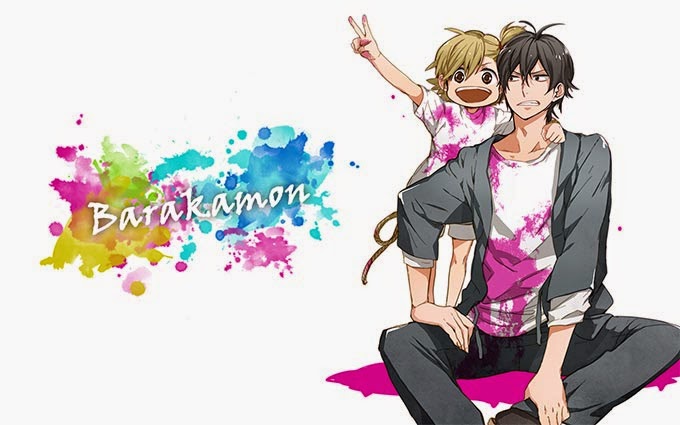 This is a nice slice of life series, with many funny spots, especially in the interactions between Handa and Naru.  It’s interesting enough to keep me watching and entertained.  Although it’s not what I consider one of the great series, I’m glad I watched it.  It’s definitely worth the time.