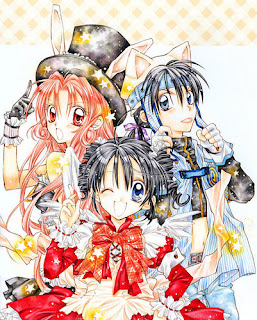 This is really an older series, coming out about the time I started watching anime.  Not sure why I decided to talk about this one today, but here goes.


Full Moon wo Sagashite is a story about a young girl dreaming of becoming a singer.   12 year old Mitsuki loves to sing, however she has throat cancer and singing is painful for her.  Two shinigami named Takuto and Meroko who are supposed to collect her soul when she dies, are caught by Mitsuki, arguing about her, and are surprised that she can see them.  When she discovers that she will die in one year from the cancer, Mitsuki convinces them to help her fulfill her dream of becoming a singer in the year she has left.  Takuto uses his power in order to change Mitsuki into a 16 year old who can sing without pain.  As the 16 year old, Mitsuki attends an audition, which she wins and then begins her life as a singer named Full Moon. 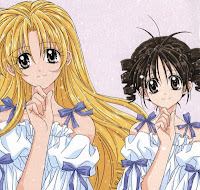 This series is 52 episodes long.  It has so many story lines and side stories besides this basic plot line.  Mitsuki is orphaned very young and is being raised by her very strict grandmother, who hates music and hated Mitsuki’s father who was a member of a band.  12 year old Mitsuki’s health is fragile and her grandmother is overly protective of her.  Her grandmother refuses to allow her to follow her dream of singing.  Mitsuki convinces her doctor, Wakaoji, to allow it, even though he initially thinks it's the 12 year old Mitsuki pursuing her dream, not realizing she becomes 16 year old Mitsuki.  He is afraid that her singing will cause the cancer to become worse and spread faster, and at the same time, as a former band member himself, he understands her dream. 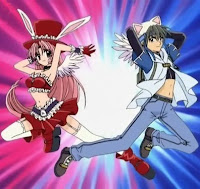 For much of the story, only Mitsuki’s agent, Masami, and her doctor, Wakaoji, know she’s actually 12 instead of 16 because 12 year old Mitsuki looks nothing like 16 year old Mitsuki.  Takuto and Meroko appear as a cat plushie and a rabbit plushie respectively to everyone except Mitsuki.

Another side story, and the source of part of the series title is that Mitsuki was separated from her best friend Eichi when they were both small and she has been in love with him since then.  She wants to search for him and feels that if she becomes a singer her chances of finding him or him finding her are much better.  They promised on the full moon to wait for each other and to each follow their dreams, him as an astronomer and her as a singer.  Thus her other dream before dying is to be reunited with Eichi. 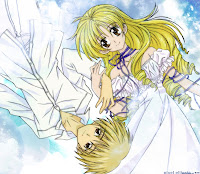 The series is a lot about Mitsuki, Takuto and Meroko’s efforts to keep Mitsuki’s transformation a secret, to fend off another shinigami who doesn’t think Mitsuki should wait the year, and to follow the course of Mitsuki’s burgeoning singing career and the trials she goes through as she advances.  It’s also about love and sacrifice and friendship.

Late in the series, Masami finds information on Eichi’s whereabouts and they go to America to find him. Takuto is dealing with his increasing feelings for Mitsuki at this time.  In America, they find out that Eichi is dead and at that point Mitsuki gives up hope and her singing career.  Takuto admits that he loves Mitsuki and begins to remember his own human past – and his connections with Mitsuki’s family.   This is bad news for a shinigami – to remember his past will cause him to lose being a shinigami and fade away as a ghost.  After Mitsuki decides to live and move on from Eichi, some episodes are spent on Mitsuki and Meroko trying to save Takuto. 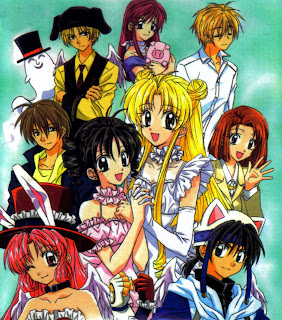 In the end in order to save her life, Mitsuki has to have the throat operation she’s been avoiding.  She still would have died during the operation, but Takuto gives up his shinigami life for hers, and Meroko fights for Takuto’s existence.  In exchange for their actions, Meroko becomes an angel, and Takuto is returned to being human.  Mitsuki lives and keeps her voice and is reunited with Takuto.  So it’s very much a happily ever after ending, although it’s incredibly tragic along the way.

The music in this series is good, as you would expect from a series about a singing idol.  The characters are good and the plot is unique enough to stay interesting and keep me watching.  Overall, I enjoyed the series.